Lisbon…The beginning of a new world!

It’s a sunny day in Lisbon,…
but it has the perfume of the moon…
when the early morning comes quietly.
The first tram in the street…
makes a chorus with the sound of the slippers in Ribeira
when it rains, Lisbon has the perfume of promised land.
The processions have the smell of rosemary.
In the taverns of the most hidden alleys,…
there’s a perfume of appetizers and wine all together.

Living in the Portuguese Capital

This iconic song best describes how we experienced the atmosphere of beautiful Lisbon. We stayed in the city for more than 3 months and enjoyed its unique joie de vivre that you can feel at every corner. The taverns are filled with people enjoying cheap local wine and amazing food. Iconic tramways crossing, tiled house facades, narrow streets and bright sunlight make every visit special. Lisbon is a very different experience from other European city trips. Moreover, locals as well as the ones among us that have visited Lisbon before keep on rubbing their eyes. The earlier dull, provincial and peripheral city has become a hot spot for development. Tourists take over the tramways, European hipsters fill the streets, innovative startups take over vacant buildings, new trendy locations with contemporary foods open every day!

This feeling of awakening in the air made our stay in Lisbon a very special experience. Staying here means being part of something new and sharing a life with Europe’s young cosmopolitans. There is some places where we felt this especially: Miradouro de Santa Catarina is a viewpoint with an iconic view over Lisbon and its own Golden Gate Bridge “Ponte 25 de Abril” where we joined youngsters enjoying life by drinking wine and watching numerous street artists. We neither missed to have a drink with every of our visitors at Pensão do Amor, a former house of prostitution that has become a trendy bar. Last but not least LxFactory is an old industrial site that has re-invented itself into an artsy complex how you might have only happened to see in Berlin or Brooklyn. The mixture of tradition and change have been impressing us alike.

Once known as the Olissipo (“enchanting port”) during the Phoenician empire, Lisbon has been a “lady” of many others during its invasion periods. Greeks and Carthaginians came later and stayed until the Romans finally stole the show and set foot for two consecutive centuries. They renamed the city to Felicitas Julia and set Lisbon on the map as one of the most lucrative and prominent ports in Europe. Later the Moors took over bringing mystic and sexy Arab magic until the city was finally reconquered by the Christians.

During the 15th century, Portugal (and particularly Lisbon) was one of the most wealthy centers of the world. The country’s vast empire of colonies was spreading throughout Africa, South America, Atlantic islands and Asia. However, such days didn’t last for long since the Portuguese royal family got their princess married with the British King and all the gold and precious gems started being shipped straight up to the United Kingdom. To top it up a huge earthquake destroyed a huge part of the city and the country in 1755. After this, the city was rebuilt pretty much from scratch bringing new technologies and ways of construction. Former prime minister Marquees de Pombal was a revolutionary structuring the city with squared/parallel streets and anti seismic buildings. 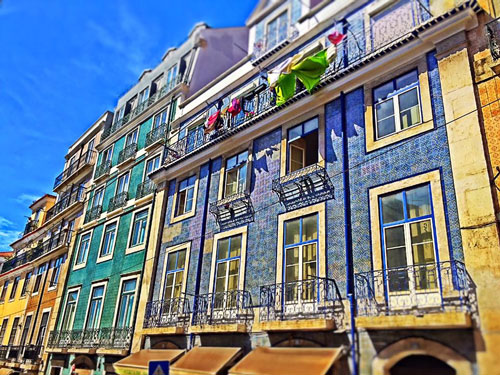 Typical tiled house in the streets

Discovering the center and the old neigborhoods

It’s a beautiful walk from Lisbon’s main square Praça do Comércio through the Rua Augusta Arch along Rua Augusta to Rossio Square with the National Theatre and the colorful store O Mundo Fantástico Da Sardinha Portuguesa. Continuing on impressive Avenida da Liberdade we felt like on Champs-Elysées surrounded by world famous designer high-end stores. Gladly, some old neighborhoods such as Graca or Alfama have been kept intact. These still represent some of the liveliest parts of the city and our favorite destinations to chill or spend the night. Click on the different tabs below where we have consolidated some more information.

Lisbon renews its own city center with new buildings and developed areas but it’s in the outskirts where it expends and creates a new imprint. In 1998 the world’s fair event Expo ’98 brought new life to the east side of the city. New  new living spaces, commerce and even Europe’s second longest bridge Ponte Vasco da Gama were created. Parque das Nações hosts the Lisbon Oceanarium, a pleasant promenade, top hotels as well as some of the city’S most technological houses. It is also home to Europe’s 3rd biggest arena Altice Arena so that we did not miss the opportunity to follow the Eurovision Song Contest 2018 live.

Belonging to our favorite parts of the city, brand new places have emerge recently. They are bringing new forms of art, technology, start-ups and ambiance. The vibrant energy is now putting Lisbon on the map as one of the most prominent cities in Europe. We regularly visited vibrant Lx Factory being an old factory turned into a start-up hub, trendy restaurants and bars. Lisbon Underground Village constitutes a group of containers piled up and hosting small companies, a restaurant and a skate park. TimeOut Market is an old food market that has been split in two and a paradise for food lovers as ourselves. One part serves still as a food market and the other half is a buzzling food court hosting the best restaurants, cafes ans tascas of Lisbon. 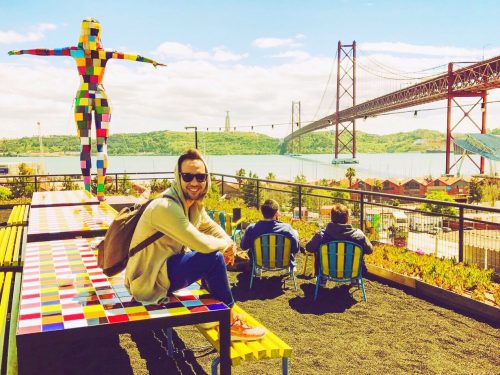 Coming to Portugal without knowing a Pastel de Nata is a problem! We started our Portugal adventure with having one of this amazing custard tarts every day. It’s simply heaven on earth! However, we still discovered that you should not have too much when wanting to keep on shape for the beach. Portugal’s national sweet originates from Belém at the city’s boundaries. The original Pastel de Nata can still be bought here. For more about this sweet you can check on our post Portuguelishes. 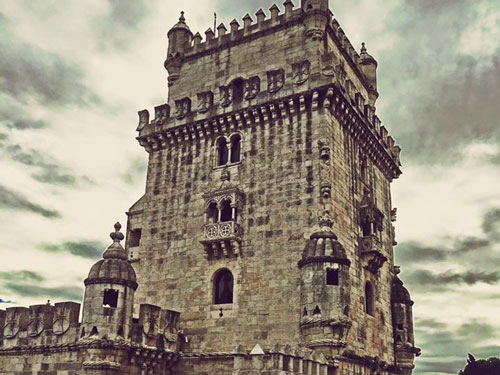 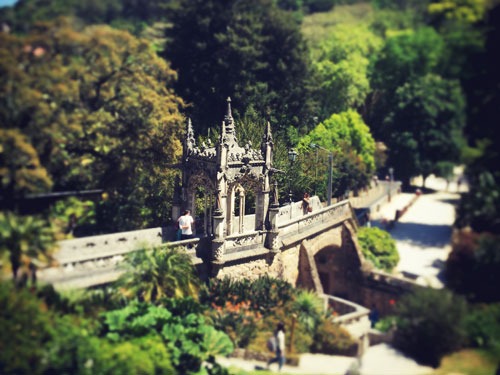 Have a look at our other TurtleJournal entries to know more about Lisbon:

Lisbon… 40 things to do and places to go: List of all the places to visit (e.g. museums, monuments, viewpoints and gardens)

Where is it? Central West (capital city)

How to get there? Humberto Delgado Airport

What is good to know? Be aware of pickpockets and drug dealers

How long did we stay? We stayed for three months booking through Uniplaces. Earlier we visited Lisbon for 3 days and nights using Airbnb and Booking.com.

Some of the places we have been and suggest?