Galle… Europe at the Indian Ocean!

In 1502, when Google Maps didn’t exist and the world believed that the earth had the shape of a plate, a brave group of people located in the far west of the European continent (named the Portuguese) accidentally ended up in Galle, blown off by a storm while making their way to the Maldives. On that day modern Galle was born!

Taking advantage of the fact that the king was based in Kotte (outskirts of Colombo), the Portuguese set foot on this port and a new spice route emerged. Later the Dutch took over the fort, extending and developing the city to what is seen today on its streets and architectural buildings. From those days to the present, the city has grown outside of its notorious fort and stands nowadays on its own holding the title of the so-called Capital District of Galle Region. 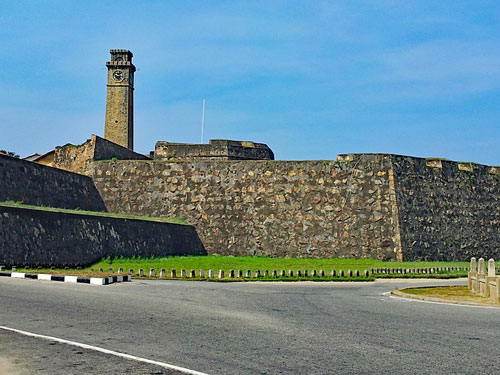 Galle Fort around the old town 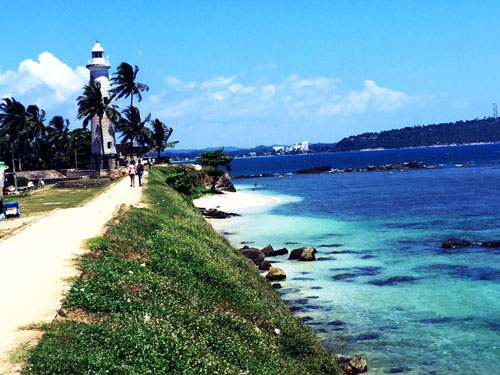 Even though, its expansion has risen its population and status against other Sri Lankan cities, Galle’s jewel crown is still its fort and the life inside these walls! We were impressed by the mini-Europe surrounded by a tall and thick wall that gifts its visitors with charming cafes, trendy restaurants, iconic religious buildings and a romantic scenery, loved by both tourists and local Sri Lankans. We enjoyed exploring numerous small shops where you can purchase precious and semi-precious rocks.

There is also a beautiful walk path called the promenade that lead us directly to the old light house. For us, the old town of Galle is Sri Lanka’s most impressive place from an architecture point of view. However, once leaving the old town there is not much more interesting to discover if you are already accustomed to the usual buzz of the country. However, next to the fort there is a huge cricket field that often sets the scene for international games. At our arrival it was England against Sri Lanka and once more we experienced the craziness and joy Sri Lankans have towards their national sport cricket… 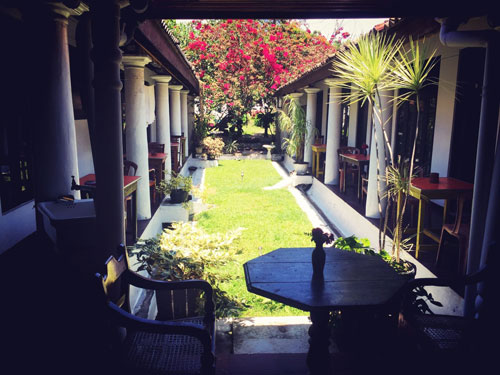 The old town is full of nice houses and backyards

To know more about the beaches on Galle’s coast line check our report about Sri Lankas beaches.

Where is it? Southwest Sri Lanka. Colombo 130 km; Tangalle 80 km

How to get there? Bus or train coming from the direction of Colombo, Mirissa, Kataragama or Ella. If coming from close distances tuk-tuk is also an option.

What is it famous for? Galle Fortress and historic city center, cricket

What is good to know? Inside the fort are only two ATMs, so if cash needed remember to get loaded before

A funny Fact? It is believed that during the approach of D. Lourenço’s ship to shore a “galo” (Portuguese word for cock/rooster) has been heard crowing from afar. And because of that the Portuguese have named this port and fort as “Forte de Galle” (Galle’s Fort). Even nowadays this proud bird still appears on the city’s coat of arms.

How long did we stay? We needed half day to fully explore the old city (Galle Fort) and New city (outside Galle Fort). We actual spent a whole morning here, had lunch and then head towards to Jungle Beach and Unawatuna for the afternoon and evening. But would definitely stay longer if possible. Not so much for the city, once we felt nothing was missed but because of the fact we came here, from Tangalle, only on a day trip. And it would be great to explore the western beaches of Galle, such like Hikkaduwa.

How did we get here? We arrived by direct bus from Tangalle, which is running several times per hour.

What tickets did we buy? The gates of Galle’s Fort are constantly open and it’s free

Where did we go? We have mainly strolled around the squared streets, admired the outdoors inside the fort and headed to Jungle Beach, Japanese Peace Pagoda and Unawatuna. Check out for more on Beaches… Heaven on Earth!

What did we visit?

What we visited from the outside but would have loved to see as well inside? 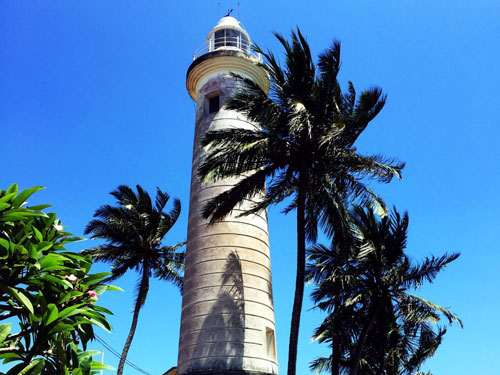 View up to Galle’s lighthouse

Impressions of Galle and its beaches